It was you, Girl, who disproved the notion that one could have ‘only one’ Dog of a Lifetime.

Your sweetness, intelligence, low-key meek and gentle ways, wonderful personality, unique and adorable little mannerisms, your beautiful face, and your intense love and devotion to us, stay with us everyday.

In our hearts, you never really left us.

So, in honor of your precious memory, we dedicate these lovely lyrics from “You’ll Be In My Heart.”

We’ll show them together

[Credit: “You’ll Be In My Heart,” Songwriter Phil Collins, MetroLyrics]

Our heartfelt thanks to the Putnam County Shelter for doctoring Murphee, and bringing her into our lives. We will be forever grateful.

Please consider adopting a pet from your local shelter. 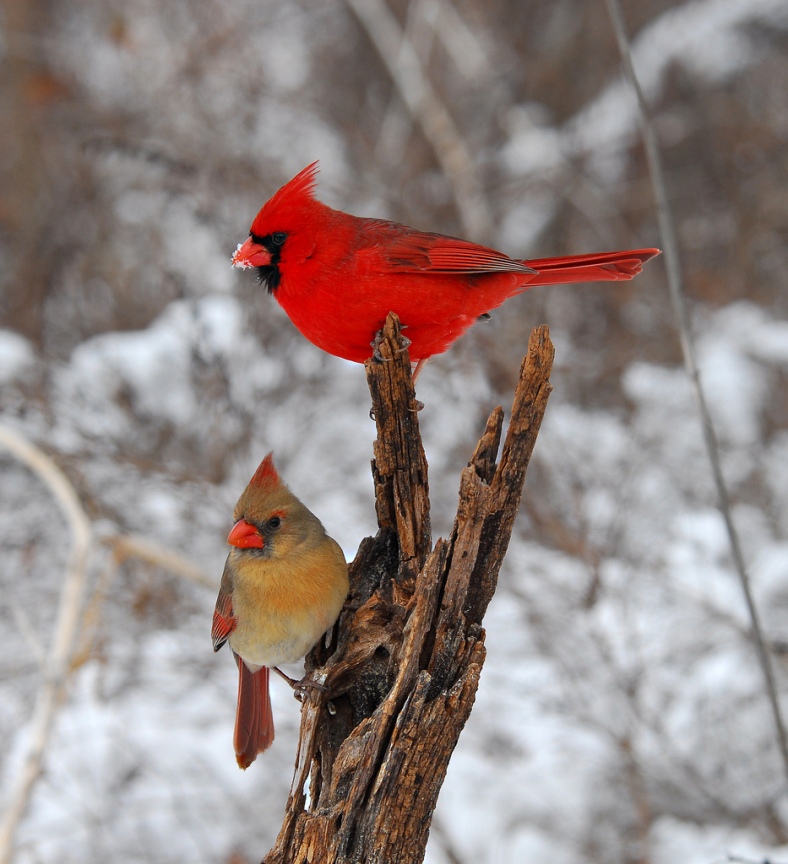 For several years now, we’ve spent more time in the Deep South in order to be nearer to a couple of medical facilities. And during this time, we’ve seen our resident Cardinal Family grow from a pair, to fifteen.

Then, this past November, as I happened out to prepare for a predusk feeding, I witnessed a feral cat carrying off either a female, or a very young Cardinal.

Shortly after that incident, I noticed that we had lost another one.
END_OF_DOCUMENT_TOKEN_TO_BE_REPLACED

Below are several of German wildlife photographer Norbert Rosing’s “striking images of a wild polar bear playing with sled dogs in the wilds of Canada’s Hudson Bay. Apparently, the polar bear materialized out of the blue, and returned every night that week to play with the dogs.”

Having lived in Interior Alaska, I must say that I never witnessed anything like this.

For the backstory, as well as more photos of these extraordinary Polar Bear and Husky Dogs encounters, please follow the ‘Unusual Encounter’ link below.

In Memoriam – ‘Mister B’

Walk With An Old Dog

Because you will not be forever
Hope against time though I may
I paint your picture in my memory
Eyes blue with age, muzzle gone gray.

Because you walked with me in Springtime
Puppy-clumsy, running free
As you grew, we grew together
You became a part of me.

Because you shared with me my sorrows
Not understanding–simply there
Often spurring me to laughter
My friend, you know how much I care.

Because the years have slowed your fleetness
Though your spirit still is strong
I promise I will take more time now
So that you can go along.

Because you do not fear the future
Living only in the now
I draw strength from your example
Yet time keeps slipping by somehow.

Because the day has come [revised]
When I will no longer see
You rise to greet me–but in memory
You will always walk with me.

Rest in peace, precious Boy.  You are dearly missed, and will live in our hearts–forever.

Please Click On Icon To Redirect To CCAS Petfinder Page

The Cruelty Of Puppy Mills

‘Save Our Street Dogs’ 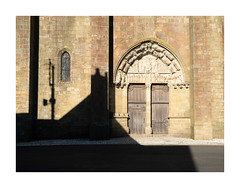 “Every time I lose a dog, he takes a piece of my heart. Every new dog gifts me with a piece of his. Someday, my heart will be total dog, and maybe then I will be just as generous, loving, and forgiving.”
____Author Unknown

“The power of accurate observation is commonly called cynicism by those who have not got it.”
____George Bernard Shaw
Irish Dramatist & Socialist (1856-1950)

“In a world where you can be anything–be kind.” ____Author Unknown

“If there are no dogs in Heaven, then when I die I want to go where they went.”
____Will Rogers, Actor & Social Commentator

“Love makes you stronger, so that you can reach out and become involved with life in ways you dared not risk alone.”
____Author Unknown, SOSD Website

“Find out just what any people will quietly submit to and you have the exact measure of the injustice and wrong which will be imposed on them.”
____Frederick Douglass, Social Reformer, Orator, Writer, and Statesman

“I think dogs are the most amazing creatures; they give unconditional love. For me they are the role model for being alive.”
____Gilda Radner, Comedienne

“Act as if what you do makes a difference.  It does.”____William James, American Philosopher and Psychologist

“Don’t believe them, don’t fear them, don’t ask anything of them.”
____Aleksandr Solzhenitsyn, Russian Novelist, Historian, And Critic Of Soviet Totalitarianism